Melodies of Sunrise is Amith’s new production, being directed and performed by himself, featuring a new compositions and poetry  which metaphorically depicts a ray of hope at this difficult time.
Being shot in stunning locations with a spectacular view of sunrises, the production features Nagif (guitar & music arrangement), Himanish Goswami (tabla), with more to be announced.

The production features Amit’s new music during Covid that portrays a sunrise in the morning. The production symbolises a ray of aspiration as a new rise of the sun during this difficult nightmare that Covid has thrown us to. The lyrics of this music offers an opportunity, too, to look into his own-self and look out as a way of hope in this depressive time that every sunrise begins with.

Amith is a versatile singer, a keyboard player, as well as a multi-instrumentalist.Learnt indian classical music under the guidance of Pt Ramkanai Das, Ustad Arun Talukdar, Chanagopal Sarkar, Bijon Roy. Amith became a popular young singer in his own town called Sylhet in Bangladesh. He started experimenting with modern music while he came to the UK and formed a Bengali experimental band called London DC with other talented musicians.

For his mature music sense, he became the number one choice for keyboard accompaniment with many maestroes of Indian classical and contemporary music. He sings both semi-classical, modern and folk music and has performed for Saudha Bangla Music Festival, World Poetry and Saudha Indian classical music festival in Leeds, RadhaRaman Folk Festival, Baul and Vaishnav Music Festival, Alchemy Festival at SouthBank Centre and many mainstream major music festivals all around the UK.

Look, the morning sun is rising in the sky
Eternal light will soon absob every drop of darkness

Look, the terrible night is over
Lotus of a thousand petals is blooming in the horizon
The joy of life is prevailing over the gloom of the night
Look, man can never be defeated
Come and celebrate the joy of life 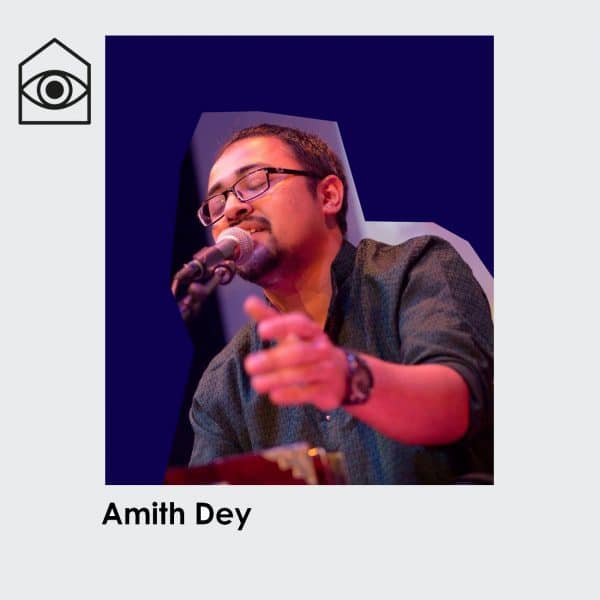