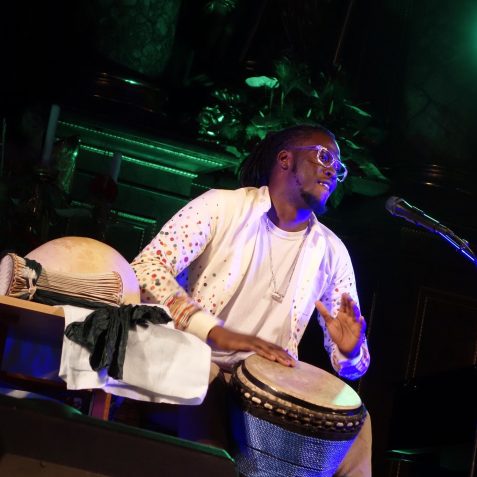 Top players fuse traditional repertoire of the Mandé peoples with the urban jazz of the capital, with Yahael Camara Onono’s new super group.

Balimaya Project was formed in 2019 by percussionist Yahael Camara Onono, a second generation Londoner whose rich West African musical heritage, coupled with his musical experiences in the UK, inspired him to bridge the gap between the diaspora and West Africa.

The word Balimaya is a word from the Maninka language that means the essence of kinship. In Mande society, the ideology of kinship is engrained in the moral fabric of its people. Family ties aren’t just limited to blood relations. The concept of extended family created by marriage, cousinage, shared history within ethnicities and deeds done for one another is complex, but shared and adhered to with great pride.

This extended family model is what inspires Balimaya’s repertoire and mission. This group is built on the foundation of forging musical and cultural ties, from a place of integrity, authenticity and inspiration. Balimaya uses the repertoire of the Mande peoples of Senegal and Mali as the bridge to bring the folkloric West African and Afro Cuban music together with Jazz and the sounds of black London, to create something different.

Musicians from different parts of the diaspora and the continent make up the band:

Yahael was born in North West London to Nigerian and Senegalese parents. Despite being born in the UK and growing up in inner city London for most of his life, he had an affinity for his folkloric music from a very young age.

Get involved and learn all about the music from the Mande peoples first hand. Music workshops will be running from 12.30pm throughout the day before the super group performance in the evening. Find out more here.