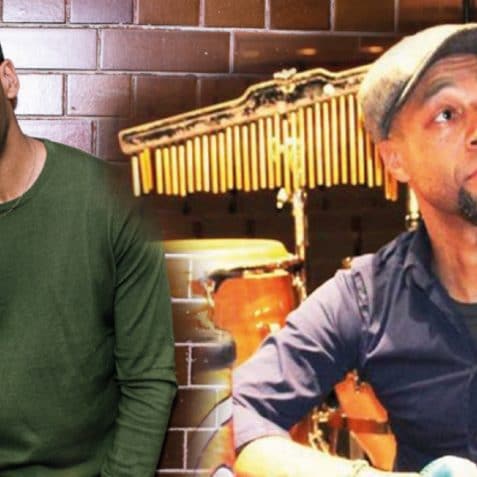 Exploring the relationship between music and movement and its role in traditional culture,
‘Devotion to Movement’ is an audio visual performance that tells the story of traditional dance culture from every continent accompanied by a live score, extracts of recorded poetry and audio of peoples reactions.

The accompanying music to the visual element of the piece is a blend of world music rhythms with synthetic electronic soundscapes. The work uses extracts from traditional dance culture from all over the world, fusing and manipulating them in a celebration of human devotion to movement.

Seeking to expose audiences to new cultures through the familiarity of movement and dance, attracting lovers of world music, jazz, experimental electronic and improvised music.

Peter Edwards is a pianist, composer and musical director whose ‘guileless, soulful music…[is] full of emphatic chording, Latin grooves and romantic, cinematic themes’ (Guardian). He is the 2015 Parliamentary Jazz Awards ‘Newcomer of the year’ and was among the nominees for the 2015 Jazz FM ‘Breakthrough Artist’ award. He works with acclaimed artists Mica Paris and Zara McFarlane, directs the Nu Civilisation Orchestra and was commissioned to compose music for the New Music Biennial 2017 (PRS Foundation).

Tello Morgado has forged a unique path in the UK music scene. His main desire to become a percussionist was inspired by his uncle Joaozinho Morgado who is an internationally respected master percussionist. A strong part of the new jazz movement since the early 2000’s, Tello is an innovative musician who has played alongside luminaries such as Kaidi Tatham, Shabaka Hutchings, Robert Mitchell and performed for Giles Peterson, Troca Brahma, Sundays afternoon at Dingwalls and at various festivals and events for the legendary Jazz Re:Freshed family. He has also played in the bands including Jocelyn Brown, Zara McFarlane and Silhouette Brown, Guy Robin – Aka Jonas Blue, Nu – Civilisation Orquestra.