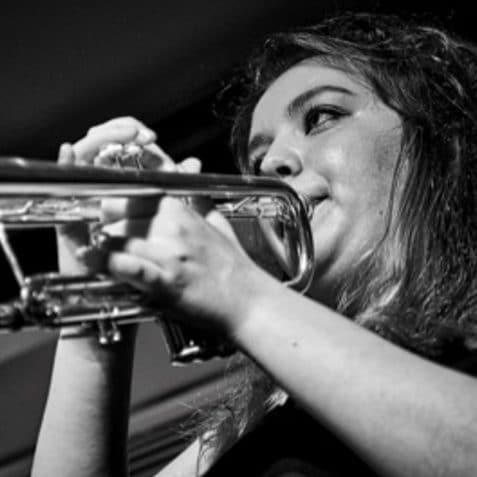 BBC Young Musician of the Year 2016 and Jazz Award ‘Rising Star’ 2017 runner up, Alexandra Ridout, brings a quintet of dazzling musicians, playing her own jazz compositions.

Alexandra, renown for her incredible skills and bright young band, is an incredibly subtle, fluent and engaging trumpet player. Some of Alexandra’s recent performance highlights include performing with Dave Holland and the NYJC flagship band at the House of Commons, Pizza Express Soho with the Clark Tracey Quintet, with the RAM trumpets for the Kenny Wheeler Tribute at the Cadogan Hall, appearing at Manchester Jazz festival 2016 with her own quintet, and at The 606 with her family band ‘The Ridouts’.

“Alexandra stood out because she connected with everybody. There’s a sense that she really, really loves the music. It was beautiful” Julian Joseph on Jazz Line Up, Radio 3