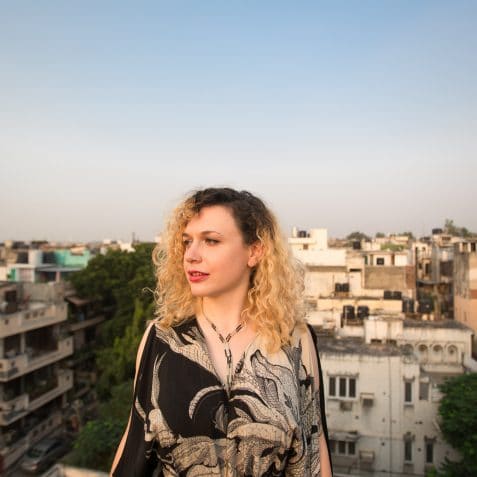 Listed in The Guardians‘ Best New Music of 2019 feature, trombonist Rosie Turton joins us for February’s Jazz Herstory session, leading her own band with trance-like, grooving adventurous pickings from her new EP.

Regularly touring across the country, Europe and worldwide with Nerija (Parlimentary Jaz Award Winners 2017), Where Pathways Meet, and her own band (on Jazz Re:freshed records), Rosie brings her band to Poplar Union, featuring the exploratory and inventive new music from her recently released EP. Her motivic trace-like style and strong full tone glides into melodic riffs and lines, shaping beautiful music with foundations of intricate grooves. Her music is joyous and moving, influenced by Alice Coltrane and the like, eclectic and exciting.

“Combining classical Indian violin with folk rhythms and straight-ahead jazz, Turton is a pensive flip to the maximalist sound of her contemporaries.” The Guardian, The Best New Music of 2019