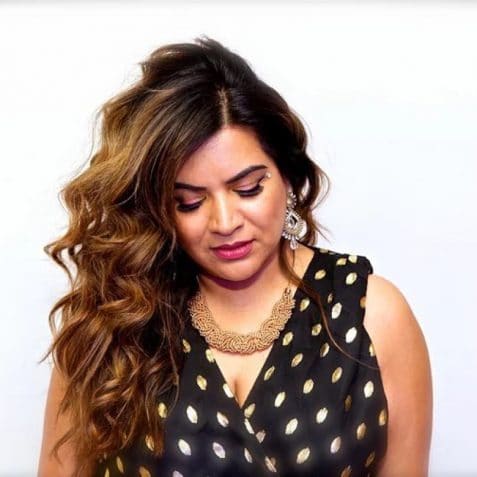 Mishti Dance is back for another night of music from and inspired by the Asian Underground. Featuring Rita Morar, DJ Doni Brasco, producer and artist Beat Tamperer, DJ Isuru, and poet, BananaSharma.

Rita Morar is a London-based singer/songwriter who specialises in both Hindi and English vocals.

From a young age, music has always been an important part of Rita’s life. Whether it is devotional singing, playing the harmonium or having a great interest in a fusion of music from Bollywood to EDM, Rita continues to strive for a greater understanding in music.

Rita has been featured on BBC Radio 1, BBC Asian Network, SHAANTI11, and B4U to name but a few.

Under the stage name BananaSharma, Vidhu is a spoken word artist, touring poetry all over the UK and beyond, in Dubai, South Africa and India. She recently judged Reading Fringe Festival’s spoken word stage and was selected by the BBC to feature in the Words First talent development scheme. Successes include headlining the British Asian Festival 2018, mentoring on Rifco Theatre’s associate programme and co-authoring Tattva Authorship Programme’s inaugural journal ‘Being in Beta’. Vidhu’s debut poetry anthology is due to be published with Verve Poetry Press in May 2020.

The Encona Kid and Beat Tamperer are the producer/artist names used by Zafrul. Zafrul pioneered the lounge explosion of the mid 90s based around the London Soho scene and was part of the team that relaunched the Cafe de Paris as part of London’s lounge bar revival. As an eclectic DJ/producer he has been involved in numerous clubs and genres including lounge funk (Jetset) and exotic break beats (Nasha / Supersonic Buddha).

Asian Underground accompanied sets from the founder of Mishti Dance.