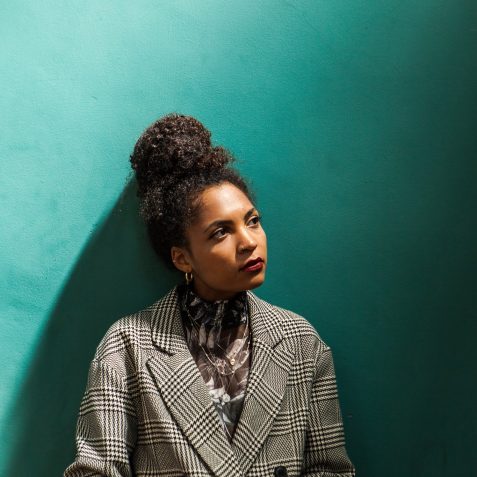 Get down to Poplar Union for single launch of Italo-Congolose afro-soul artist Sans Soucis!

Sans Soucis is a London based singer-songwriter and composer. Daffodils, the critically acclaimed debut EP (February 2018), is a musical and cultural statement, celebrating her love for R’n’B & jazz, as well as honouring her Afro-European heritage.

Drawing from a plethora of influences which include the likes of Lianne La Havas, Fatoumata Diawara and Ms. Lauryn Hill – Sans Soucis’ music is a melting pot of genres which she has combined to form a classic, yet fresh sound. She has previously played headline shows at iconic London venues such as Union Chapel, Rich Mix and O’Meara, toured internationally, and is due to release her debut full length album Red & Blue in 2019, with support from PRS Foundation’ Women Make Music Fund.

They Asked Me to Stay – New Single

“They Asked Me to Stay comes straight from a memory of a short night spent in the slums around the city of Lusaka, Zambia. The rhythm guitar and vocal set up an intimate scene, gently supported by a jazz influenced trio. An Afro-Soul composition that takes you back to the most primal of human conditions: listening, observing, understanding and loving.” – Sans Soucis

“A four track effort that takes its cues, in the main, from soul, hip-hop and jazz, Daffodils is the kind of record you can easily imagine soundtracking Gilles Peterson’s summer holidays. A bright, uplifting record, full of rich live instrumentation and some gorgeous harmonies, it’s helping to keep the cold at bay in Mahogany HQ today. Early standouts include Panta Rei and the record’s title track, but the EP really does need to be listened to as a whole to truly enjoy it.” – Mahogany