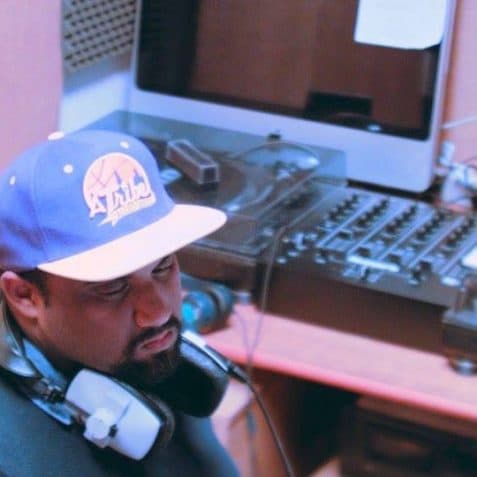 The end of August sees the first Mishti Dance Presents… a night of experimental electronic music from some of the finest DJs and producers inspired by the Asian Underground. We sat down with project instigator, and music mind, Isuru Perera for 7 quick-fire questions about what Asian dub club means to him…

Q.1 Mishti Dance is a brand new musical venture. It seems only right to begin by learning more about the project! Can you describe it in 3 sentences or less?

Mishti is the Bengali word for Sweet and we take our name from track by DJ and Music Producer State of Bengal. It is a space for experimental and electronic music, a club meets an art gallery. It takes inspiration from the Asian Underground music scene. I’m hoping that it can be a worthy successor to the legendary Anokha and Swaraj Asian Underground club nights of the 90s and early 00s.

Q.2 Now that we know more about Mishti Dance, can you tell us some more about yourself?

I am a DJ and presenter/ documentary maker on SOAS Radio who got heavily into the Asian Underground scene and I am hoping to spread the gospel and provide a space for further experiments and musical progression.

Q.3 What musicians inspire you personally?

Q4. Why did you set up Mishti Dance?

I wasn’t hearing any Asian underground music or music based on that modus operendi in clubs. I wanted somewhere where we could play this music and take things to the next level.

Q.5 The night will showcase artists inspired by the UK Asian Underground scene. When did you first come into contact with the scene?

I discovered Asian Dub Foundation (who incidentally reject the term) and just followed the trail discovering other amazing artists like Joi Bangla, Earthtribe and State of Bengal. There is something quite amazing about hearing older Indian samples amongst break beats and Jungle. It is a post-modern genre that could have only existed in the time and place in which it was created.

Q.6 What acts will be performing on the night?

Ms Mohammed who is killing it at the moment!, Dhangsha (aka Dr Das of Asian Dub Foundation) who will be playing a special drone dub set and Nerm of the legendary Shiva Soundsystem.

Q.7 What does the future have in store for Mishti Dance?

We have Mishti Dance 2 and 3 ready to announce shortly featuring more artists and producers from and inspired by the Asian Underground and hopefully a compilation album on the way!