Curated by Beth Watton of Poplar Union and Neil McPherson of the Finborough Theatre.

“Marching to the High Court and possibly to prison…”

Poplar Union joins forces with Finborough Theatre in west London in a cross-London digital festival celebrating the creativity of both communities in response to the historical milestone of the Poplar Rates Rebellion of 1921.

We’re inviting people who live and work in the Boroughs of Kensington & Chelsea and East London to submit a proposal outlining their creative response to the events of this time to be part of Poplarism!, a digital festival taking place in May this year.

A bit of history

Led by George Lansbury, former Mayor of Poplar and future leader of the Labour Party, the Poplar Rates Rebellion of 1921 was one of the milestones of local London history where local government stood against central government on behalf of the poor and the least privileged in society.

“Poplar will pay its share of London’s rates when Westminster, Kensington, and the City do the same.”

Poplar (now in the London Borough of Tower Hamlets) in 1921 – as it is now – was one of the poorest districts of London, and there was no government support to alleviate the high unemployment, hunger, and poverty in the borough. That work had to be funded by local ratepayers – who also had to pay contributions to four cross-London authorities – the London County Council, the Metropolitan Police, the Metropolitan Asylums Board and the Metropolitan Water Board.

Poplar Borough Council’s Labour administration was elected in 1919 to undertake a comprehensive programme of social reform and poor relief, including equal pay for women and a minimum wage for council workers, which could only be funded from the rates. Because Poplar was a poor borough, Poplar Borough Council had to set a much higher rate in order to produce the same amount produced by low rates in a wealthy borough. Poplar called for complete equalisation of the rates, so that the same rate brought in the same income both to Poplar and to a wealthier West London borough.

In 1921, faced with the prospect of a further massive increase in the rates, Poplar Council decided to hold them down by not collecting the contributions which should have passed on to the four cross-London authorities. The London County Council and Metropolitan Asylums Board responded by taking the Council to the High Court. The council’s response was to organise a procession of 2,000 supporters from Bow, led by the borough’s official mace-bearer, to the accompaniment of a band and a banner proclaiming “Poplar Borough Council marching to the High Court and possibly to prison”.

Thirty councillors, including six women, one of whom, Nellie Cressall, was pregnant, were sent to prison indefinitely for contempt of court. George Lansbury’s son, Edgar, was imprisoned. He went on to become the father of legendary actress Dame Angela Lansbury. One of the jailed women was Edgar’s first wife, suffragette Minnie Lansbury, who due to her imprisonment, developed pneumonia and died at the age of just 32. She was one of five councilors said to have died early due to mistreatment in prison.

The revolt received wide public support. After six weeks’ imprisonment, the court ordered the councillors release, to great rejoicing in Poplar, and a bill was rushed through parliament that more or less equalised the tax burdens between London’s rich and poor boroughs.

LINE UP TO BE ANNOUNCED!

This commission hopes to celebrate and showcase the creativity of both our communities and is an opportunity for those who do and don’t consider themselves ‘artists’.  Applicants have responded to the events, personalities and issues of 1921 through music, dance, a performance, drawing, poem, talk, zine, anything that can be presented digitally.

Winning submissions will be announced on Tuesday 6 April 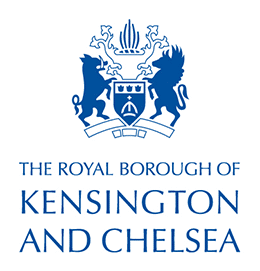