The Music of Rivers

This new project is bringing a brand-new genre of Indian music; Rivers have always played a pivotal role in making bonds with human beings of different lands.

Rivers always offers hope and wash all the ugly things away that influence our lives both in physical and spiritual sense. This music symbolizes those spiritual essences which are much needed at this time of Covid.

The production is shot in spectacular locations at the bank of various rivers while three forms of river-music are being performed by three wonderful singers.

The river mythically, allegorically, ritually, anthropologically flows with an inexhaustible source of the inspiration for the inhabitants living by its bank. The music connotes that very essence along with universal human-bonding and connection that the river always brings both as symbol and epitome.

The production features a versatile Indian singer based in the UK, Sanjoy Dey, a prominent Hindustani classical singer based in the Middle East, Somdatta Basu, and a young talented singer based in Bangladesh, Pallabi Das Mou. This also entails recitation of a river-poem by two wonderful spoken word artists, Shree Ganguly and Soma Ghosh.

Sanjoy Dey is an award-winning Tagore exponent and one of the finest versatile Indian singers in Europe. He’s been teaching Indian music to the British Asian diaspora for the last 20 years. He received the prestigious R D Burman award for his phenomenal contribution in Indian music.

Having studied music in Rabindra Bharati University, Sanjoy has been performing regularly all around the world in many prestigious festivals and concerts of Indian music that include Biswa Bango Sammelon in Baltimore, USA, Saudha Bangla Music Festival in London, Concert for SAA UK, as well as many other concerts in academic venues like SOAS, the University of Leeds, Bharatiya Vidya Bhavan, Nehru Centre and many more.

Premiere: Saturday 28 November at 11am 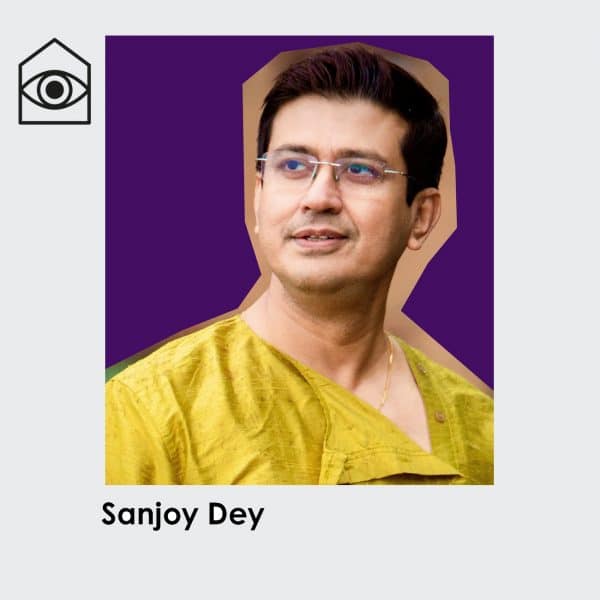