On Thursday 2 July, we hosted a brand new online scratch night from Aktualise Theatre that you can now watch here!

The event showcases brilliant and innovative new work from an array of artists and creators ranging from new writing, dance, comedy, cabaret, physical theatre, and more. The arts will continue to shine in this time, and we are here to provide both artists and audiences with a way to experience that. So, join us for an hour… pull up a chair with your favourite drink, and get ready to witness exciting things.

Patty’s had quite a few husbands in her life. As she begins her quest for husband number six, she’s here to give you the ins and outs on why all of them dumped her.

You Are My Sonshine

Les is an asbent father.
Les left his wife.
Les hasn’t seen his son for years so he’s recorded a video for his son’s twenty-first birthday.
Do you think Les is a good man?

Am I Mingin? From Reality Bites

A song from our new interactive musical, Reality Bites! Natalie has had a tough life and all she has to show for it is an unreliable boyfriend, a crappy flat and a regular appointment at the job centre. There’s only one method of escape open to her – fame!

Did Somebody Say Just Cheat?

Eve has been living a lie. For the past three years she’s gotten away with it. She never meant for it to get like this. But with her husband working from home, the pressure is becoming too much. Will she make it through lockdown without him finding out?

Felipe and Rodrigo Pacheco present a short film of Willie Gowans’ poem: Robot, I. Combining poetry, stop motion, original sound and movement, Robot, I follows a forgotten AI as it wakes, regains functionality and remembers the purpose of its creation.

Life is a series of relationships, and sometimes they take unexpected directions. How might we grow, so we can make the most difficult decisions?

Soil is how we grow food to feed ourselves. The consequences of not properly tending it are irreparable. Everyone is required to play their part. Those who ignore the warnings and do not follow the rules pay a heavy price.

On the eve of his 24th Birthday, Ben falls into a seizure after snorting one too many lines. As his life flashes before his eyes, Ben has an outer body experience giving him an opportunity to reflect on the choices he has made. This play confronts themes of LGBTQ+ specific issues of drug use, problematic relationships & mental illness.

Terry and Amanda have always had a fractured relationship due to Terry’s addiction. However when the country goes into lockdown, Amanda decides that this could be the perfect opportunity to try and get her father clean and is willing to go to extreme measures to do so…

“And I wanna…” is a monologue inspired by the form of Sarah Kane’s ‘Crave’. The stream of consciousness we follow is the inner debate of Raynor Bastille.

A peak at some of the characters from the award-winning Very Perry Show featuring; Carmel, an octogenarian with a crush on Ken Barlow, Mary Peachy-Bender an Amish woman with IKEA envy, Wee Bridget a precocious five-year-old (you’ve met her on long distance flights) and Angie Brady, host of Zoom and Groom, stylist to the out of work stars.

Ben’s battle with addiction riots within him while he is haunted by a ghost of his past seeking to destroy his future. Looking out, up and above he’s searching for meaning; transformation; change; something, anything other than the pain he’s in. Maybe just somewhere different? Perhaps a Star anew?

Stuck at home, watching from the side-lines, comedy songwriter and classical guitarist Liz Cotton thought that now was the time to have a go at writing something that isn’t rude. Mice on Mars is an allegory in song featuring some amazing mice, and Seisha Butler’s beautiful illustrations bring the story to life.

Written and performed by Liz Cotton
Design/Animation by Seisha Butler 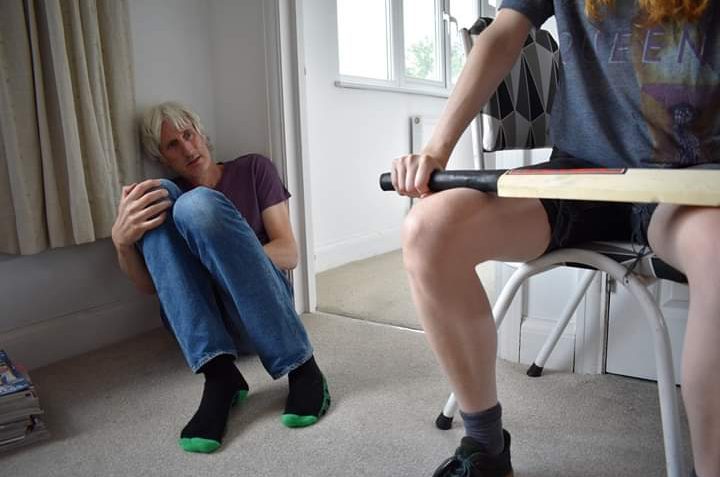 Aktualise Theatre are a professional theatre company, founded in 2018, based in London who are devoted to making things happen. We are focused on producing plays, musicals and physical theatre. We have a keen interest in developing new writing with a gender parity split of 50:50 amongst our playwrights! Our mission is to create new work that explores topical issues from a diverse range of perspectives and to build opportunities for emerging theatre professionals!

“I think the work Aktualise theatre are doing is so important. They are creating opportunities for new talent to get work seen and for actors to perform in a safe space. I recently directed a piece at their latest scratch night and got every ounce of support they could give, they are a great team full of enthusiasm and love. It was a joy to work with them and to continue to have their support and guidance.” David McNair

“I was fortunate enough to be able to perform my new one-woman comedy sketch at Aktualise’s first scratch night. The Aktualise team were super slick in organising the night and everything ran so smoothly, meaning the performers could concentrate on their pieces without any concerns. They were a joy to work with. The whole night was filled with some really interesting and exciting work. Thanks to their hard work and savvy promotion the scratch night got a brilliant turn out. Aktualise are a company to watch!” Steph Darcey

“Working with the Aktualise team to bring my work to life has been an absolute pleasure. Full of creativity, passion, and ideas, the team are organised and driven to make fascinating theatre and encourage new artists.” Lewis Wood 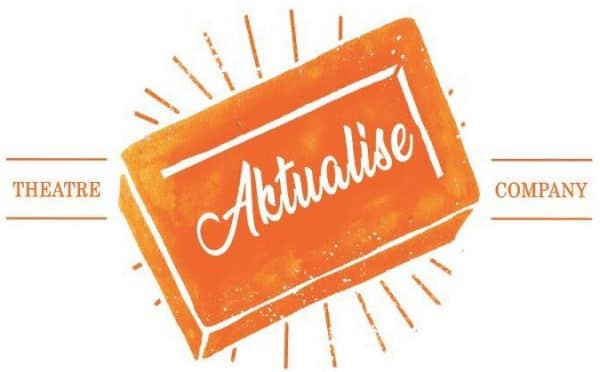